The series recently celebrated its World Première at the 60th Monte Carlo Television Festival, where it was praised for its authenticity and unique storytelling by international TV- and filmmakers.

British actor Iain Glen, who plays Reyka’s unsettling villain, Angus Speelman, is best known for his roles in series like Downton Abbey (Sir Richard Carlisle) and Game of Thrones (Ser Jorah Mormont). We stepped into detective Reyka’s shoes to pick Iain’s brain about the sinister Speelman and what drove him to kidnap 11-year-old Reyka.

“I got the opportunity to go to Cape Town to work on some projects, and from there it was just planning my schedule around the pandemic to get to Durban and set aside 6 weeks to be a part of Reyka,” Iain revealed while attending the Monte Carlo Television Festival.

He jokingly added, “And when I got there, I offered my best South African accent to play Speelman, but the producers decided it’s better to keep my Scottish accent.”

Series producer Serena Cullen confessed to personally convincing Iain to come to South Africa for the role of Speelman.

“I knew we had to get international talent to be part of the show if we wanted to distribute Reyka to the international audiences,” she says, and that is how Iain ended up playing a Scottish immigrant banana farmer in Kwa-Zulu Natal. 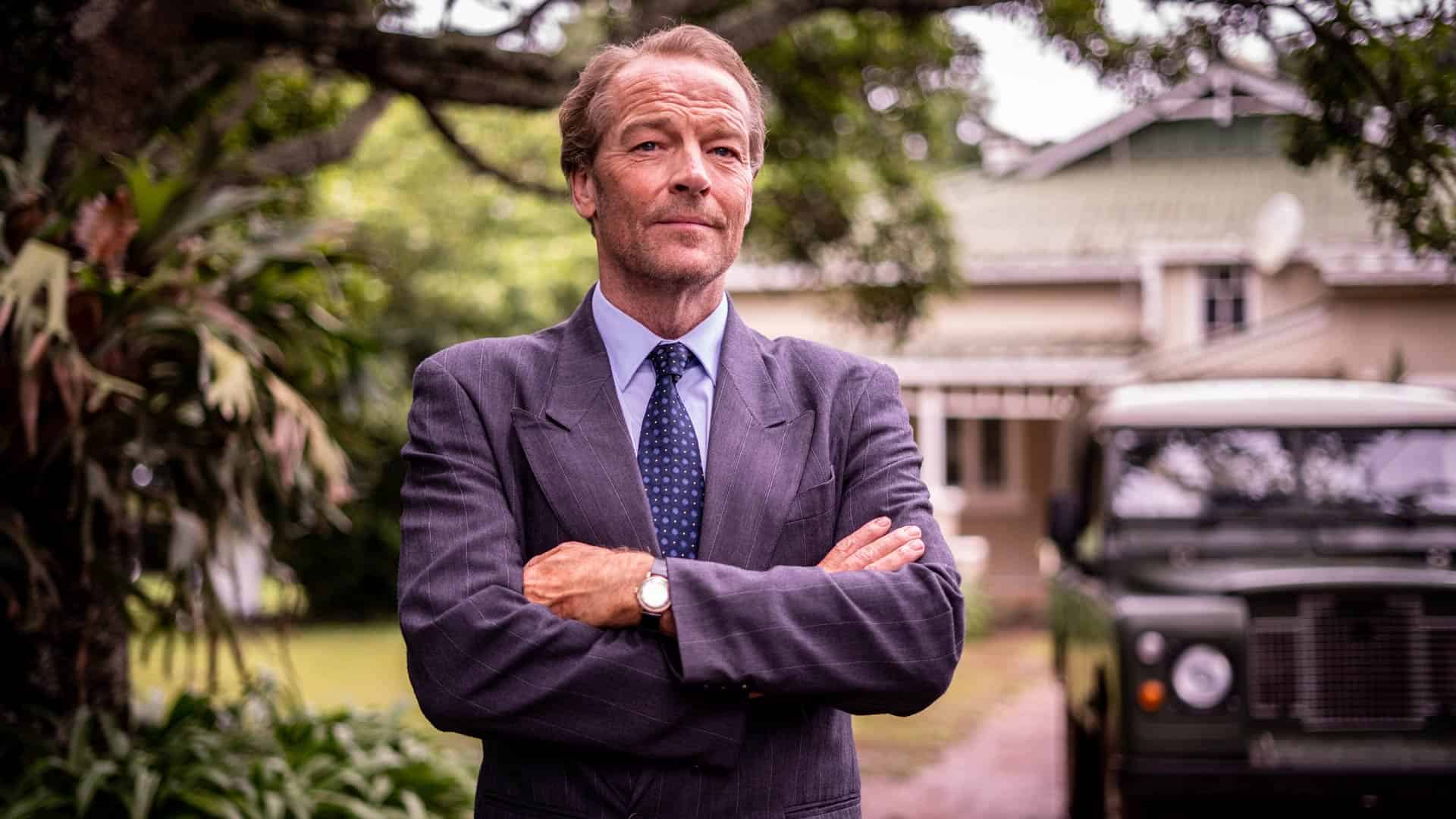 Angus knows how to look the part of a loving father.

Who is Angus Speelman?

Speelman is a dangerous man with the face and demeanour of a loving father and husband. All is not as it seems with this man, though. “He is obsessed with creating the perfect family,” Iain explains.

And when he gets that perfect family, he will devote everything he has to it until there comes a time when he wants more, and that is where the horror seeps in. “It’s always fun to play the baddie,” says Iain.

“But Speelman has a very specific and, I think, well-researched pathology that I found very interesting to try and personify.”

Reyka became 1 of Speelman’s victims when she was just 11 years old, but there is something different about her. In the first episode, viewers see the strange dynamic between the now-adult Reyka (played by Kim Engelbrecht) and Speelman when he summons her to the prison where he has been locked up for over 22 years.

“Speelman needs Reyka to help facilitate his release,” Iain explains. “And he will try every manipulating trick in the book to obtain her trust again.”

The problem is that Reyka is susceptible to him, and if she allows him, he could be her downfall…

“These were very enjoyable and involving scenes to play. Kim is a wonderful actress, and we spent a lot of time talking about the content of each scene as we tried to mine, access and then submerge as much of the subtext as possible for 2 damaged characters who have a long history,” says Iain.

“It’s a very particular thing when you are playing people who have known each other incredibly intensely and intimately 25 years previously, but then you have this huge chasm of absence before they reconnect. Both characters try to understand where they stand with each other. Do their memories coincide or conflict?” 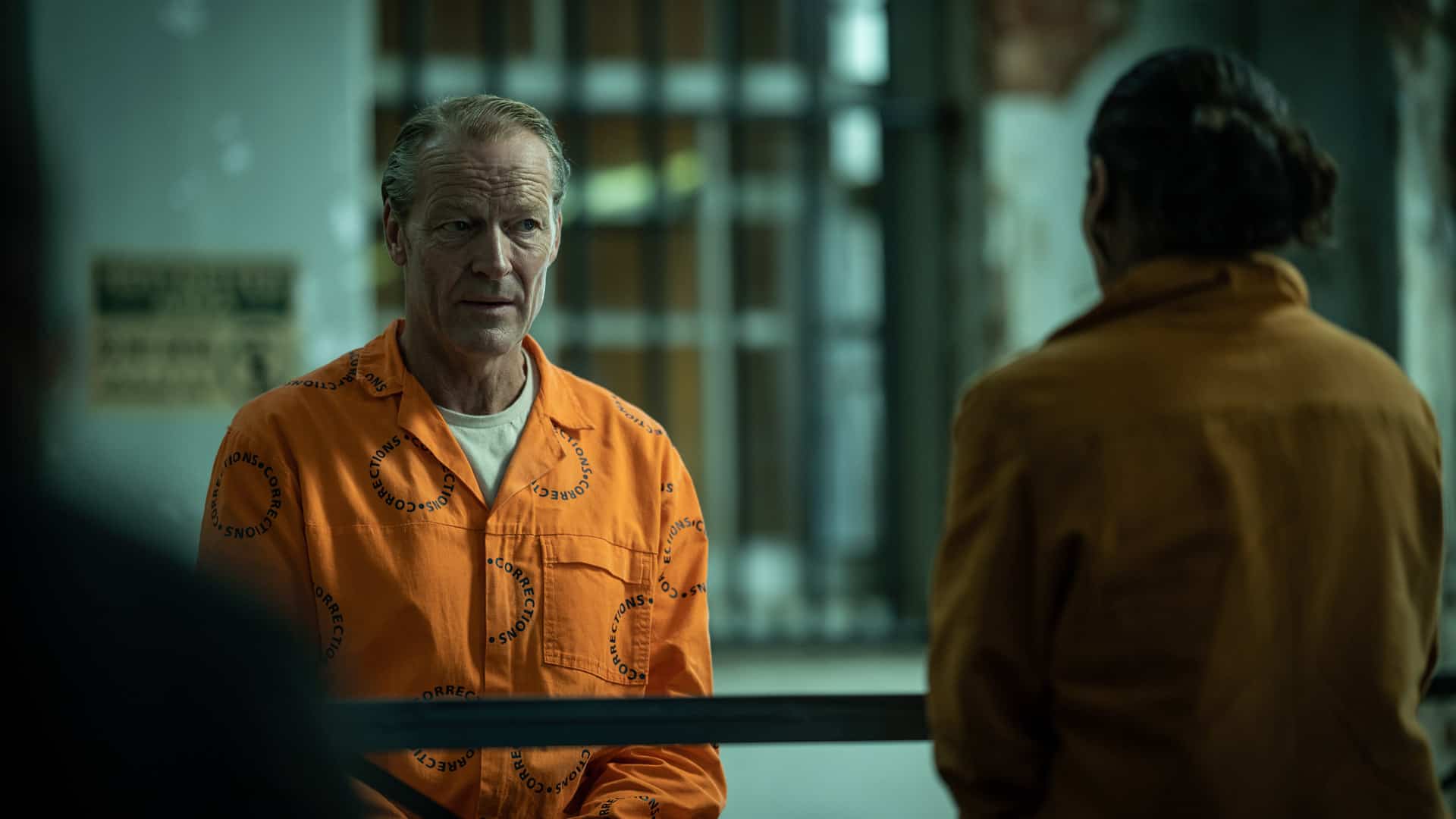 Reyka faces her abductor in prison as his parole hearing comes up in episode 1.

Aside from the storyline between Reyka and Speelman, viewers will also follow Reyka as she tracks down a serial killer.

“The script encompasses many aspects of South African society, from the very rich and powerful to the poorest and dispossessed. It’s a compelling crime thriller, and it follows the police as they try to solve a series of brutal and inexplicable murders in the cane fields of KwaZulu-Natal,” says Iain.

Iain says that he is super excited for Reyka to première in SA and abroad. “All the elements were in place to make a fantastic TV show. Most importantly, a stunning script from Rohan Dixon. The show has a vast sweep and feels like a state of the nation piece for South Africa. I’m the least qualified to say that, as it’s not my homeland, but I have been lucky to work in South Africa many times over the years,” adds Iain.

NB! M-Net (DStv channel 101) is available exclusively on DStv Premium. To upgrade your existing package, click here. Or if you'd like to Get DStv, find a service that suits your needs here.