What to Watch on BoxOffice | August Highlights | DStv

Maverick movies on your TV, with DStv BoxOffice 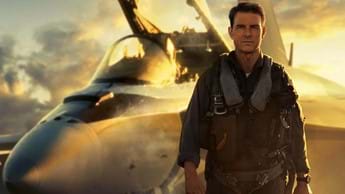 Need a hero to get you through the night? Call up DStv BoxOffice! This August it’s the home of the brave, like Tom Cruise in Top Gun: Maverick, Benedict Cumberbatch in Doctor Strange In The Multiverse of Madness, and the OG dino-surviving team, Dr. Ellie Sattler (Laura Dern), Dr. Ian Malcolm (Jeff Goldblum) and Dr. Alan Grant (Sam Neill) in Jurassic World Dominion. You’ll see planes flying faster, further and higher, you’ll see dinosaurs in the city streets, and you’ll enter one fantastical world after the other, every night with DStv Box Office.

To find your heroes, just cue up a movie on BoxOffice and stream it directly through the DStv platform, using your DStv Explora or Explora Ultra. And instead of braving the cold, the crowds, the popcorn prices, the parking perils, and the long road home, you could bask in the warm glow of fresh big screen movies right now, on your own TV.

Read on for this month’s highlights and your quick and easier-than-ever guide making every night Movie Night with DStv BoxOffice… it’s going to be a real feast for the imagination this August.

Pete Mitchell (Tom Cruise) has spent 30 years living his dream as one of the Navy's top aviators, pushing the envelope as a test pilot and dodging promotion the way he once dodged missiles. But while he’s training a new batch of TOPGUN graduates, much to the displeasure of the big boss, Vice Admiral Beau "Cyclone" Simpson (Jon Hamm), he’s forced to confront the ghosts from his past. Rejoice, for Val Kilmer returns as Pete’s former nemesis turned boss and protector, Iceman.

On BoxOffice from Thursday, 25 August

Doctor Strange In The Multiverse of Madness

On BoxOffice from Friday, 19 August

This final film in the Jurassic World trilogy is set four years after the destruction of Isla Nublar. Dinosaurs are living and hunting alongside humans all over the world. Can humanity survive now that we’re back on the menu? The movie reunites the OG Jurassic Park team, Dr. Ellie Sattler (Laura Dern), Dr. Ian Malcolm (Jeff Goldblum) and Dr. Alan Grant (Sam Neill) and sees the return of Owen Grady (Chris Pratt) and Claire Dearing (Bryce Dallas Howard). The absolute childhood thrill of this movie is seeing “real” dinosaurs in city settings.

On BoxOffice from Monday, 29 August

Sci-fi film thriller on the original 1980 Stephen King novel of the same name (and a remake of the 1984 film starring Drew Barrymore). 11-year-old Charlie (Ryan Kiera Armstrong) has the power to set things on fire with her mind thanks to an experimental drug that her parents took to give them superpowers. She and her dad Andy (Zac Efron) go on the run after a government agency tries to get hold of Charlie.

On BoxOffice from Monday, 1 August

Animated superhero action. After Ex-Marine John Stewart (voiced by Aldis Hodge), a man of extraordinary determination, is given a Power Ring – making him the newest member of The Green Lantern Corps – he joins with allies in Space Patrol like Justice League member Green Arrow, and Thanagarian Hawkgirl, as he lands in the middle of an intergalactic war.

On BoxOffice from Thursday, 4 August

People Just Do Nothing: Big In Japan

Mockumentary. Kurupt FM, Brentford's largest pirate radio station is dead, but the boys from Kurupt FM live on, and they’re headed for Japan on an epic adventure in search of fortune and fame, and a sweet record deal that requires them to transform into dancing pop boy band, Bang Boyz. It’s time to watch some idiots abroad with your mates.

On BoxOffice from Tuesday, 16 August

Sci-fi superhero horror. You’ve “morbed” the memes, now see the inspiration for the internet sensation. When Biochemist Michael Morbius (Jared Leto) tries to cure himself of a rare blood disease, he accidentally infects himself and his surrogate brother Milo (Matt Smith) with a form of vampirism that includes none of vampirism’s weaknesses…aside from an ethically dodgy thirst for blood (sad trombone noise).

On BoxOffice from Friday, 12 August

Action. A man known only as The Thief (James C Clayton, also the film’s director) thinks he’s really pulled a fast one when he robs the violently insane drug lord, Temple (Vinnie Jones). But Temple's pregnant wife Mia (Lina Lecompte) hides in The Thief’s getaway car to escape her abusive husband, leaving him in a bit of a pickle, and making Temple even more determined to find and destroy him.

On BoxOffice from Wednesday, 24 August

All these BoxOffice movies and more are now available to rent and stream directly on now.DStv.com!

It’s the simplified and enhanced BoxOffice – online movie rentals for both DStv subscribers and non-DStv customers.

Get the best with BoxOffice

Line up your snacks, and claim your space and silence, because Movie Night is just a few taps away online. With BoxOffice on now.DStv.com, you’ll find more movies, available for longer, and you can punch your ticket and rent a movie with the tap of a button. Then sit back and stream it.

Your BoxOffice movie will be yours to enjoy for 48 hours, so if 1 of life’s little loadshedding moments happens, you can come right back to it.

You don’t even need to be an active DStv subscriber to enjoy a night at the BoxOffice. Simply register to use BoxOffice online, create your online profile, link up your payment options and you’ll be ready to go.

It does pay to subscribe to DStv, though. Not only do DStv Premium, Compact Plus and Compact viewers pay less than the usual R40 ticket fee per movie but, thanks to DStv’s free Rewards Programme (which you can manage using the MyDStv App), you could enjoy cool discounts and free movies via BoxOffice.

How to rent a movie on DStv BoxOffice

Also coming to BoxOffice this August

Get the DStv App, a free service for DStv customers. With the DStv App, the same channels you watch on your decoder at home are available for you to stream online at https://now.DStv.com/, or using the DStv App on your phone.