How to watch DStv during loadshedding

How to beat Loadshedding with DStv 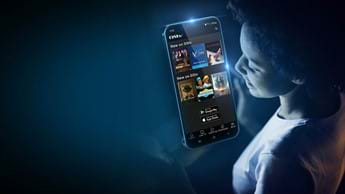 This June you don’t need to shiver in the dark when loadshedding strikes, thanks to the DStv App. Keep the TV glowing and the family snuggled close, even in those moments when you don’t have a connection – whether that’s because of a certain electricity non-provider, or because you’re off on adventures playing Survivor.

The DStv App (available via the Apple, Android and Huawei app stores) allows you to download up to 25 DStv content items on your device and keep them stored on your smart device for those days when the lights go out.

Simply download your favourite titles when you’re connected to Wi-Fi hotspots, then watch them offline later. You'll be sorted when #ShedHappens.

Note: Downloading to a laptop is not available.

How to download DStv shows to your phone or tablet

Tips for downloading to your DStv app

This is just a hint at what’s available to you to download on the DStv App this June. There’s so much more to explore.

Tense local drama about absent fathers, family and coming of age from Reyka creator Rohan Dickson. The Greyling siblings sell their souls to make ends meet after their dad Freddie (Neil Sandilands) abandons them in a dusty Northern Cape Town, leaving them in debt to the ruthless Eugene Van As (Ben Voss).

Would you like to play a game? Super Sport presenter Thato Moeng and comedian Skhumba Hlophe are challenging celebs and their teams to play the fool with R3,5 million on the line.

In the US, Billy the Kid (Tom Blyth) is an Old West legend, despite being dead at the age of 21. This rootin’, tootin’, shootin’ series shows how he went from being the child of dirt-poor Irish immigrants, to becoming a cowboy, then a gunslinger, and then a notorious outlaw riding with Jesse Evans (Daniel Webber) and the Seven Rivers Warriors Gang.

Ryan Murphy’s sensational police procedural series leaves no time for napping this season. We start with a citywide blackout, hospital helicopter crash and escaped zoo animals on the loose. Michael’s proposal is interrupted by a hospital explosion, there’s a Speed movie parody episode, a whole lot of cast juggling, a surprise wedding, and a hair implant maggot incident that’ll give you nightmares.

It’s Texas-sized trouble, y'all. The season opens with a 4-episode storyline set during 2021’s killer ice storm, which sees Grace stuck on the road while giving birth and TK in a coma. Also coming up, tapeworms, alien hunting, Owen’s fear of clowns, a macaw and a lizard, and a man falling into a trash compactor.

Put on your glad rags and watch live or replay all the action from DStv’s 2022 Mzansi Viewers’ Choice Awards and red carpet. The nominees board is stacked with hotly contested categories because the question we’re asking is “Who’s your favourite?”, from comedians to sports stars, to songs.

Episode 5 is this action-drama series’ 200th episode overall, and a fitting goodbye to Casey. Also coming up, Boden is promoted to Deputy District Chief, and one of the Firehouse 51 staff is taken hostage. PS: expect loads of romantic moments, including the episode 12 Officers’ Ball, as the season builds to Severide and Stella’s finale wedding.

Five superstar Cape Town estate agents are showing you what your millions (and hundred-millions) can buy, from old mansions in the Southern suburbs, to cutting edge Camps Bay design and farms in Franschhoek. It’s something to fantasise about while you’re watching Saturday Showdown!

Already waiting for you!

The Scariest Night of My Life Season 1