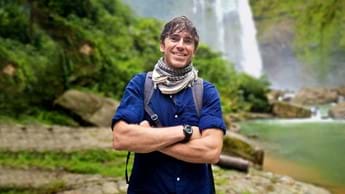 DStv takes a deep dive into little-known history this week with documentaries Tulsa Burning: The 1921 Race Massacre and John Rabe – The Schindler of Nanking.

Travel lovers, settle in for Treasures of Ancient Rome before adventurer Simon Reeves takes us around the world in Incredible Journeys With Simon Reeve. And for an out of this world destination,there’s also Life, The Universe & Everything With Brian Cox, the physicist who sets out to understand the world. We see inside small-town life in 4th And Forever: Alcoa which explores Alcoa High School and its influence and power thanks to American football. and there’s so much more to explore… including Murder Hornets.

100 years ago, white attackers burned 12 city blocks of a prosperous African-American neighbourhood to the ground during 2 days of violent, racially motivated attacks during in which even buildings were firebombed from the sky.

John Rabe – The Schindler of Nanking

John Heinrich Rabe was a businessman and a committed Nazi Party leader, but during the Japanese siege of Nanking in 1937, his actions to protect around 200,000 Chinese people earned him the nickname the “Schindler of Nanking”.

From a small town, to the universe

Life, The Universe & Everything With Brian Cox

Physicist Brian Cox looks back on a decade of discovery and towards the next space frontier, asking the biggest question of all: What’s next? In each episode, Brian focuses on a specific topic, from aliens and gravity, to space and time.

During a career spanning 15 years, TV presenter Simon has visited over 100 countries on 6 different continents, and in this doccie, he catches up with friends he met along the way and shares their stories.

Alcoa High School is Southern Appalachia's American football powerhouse. The 2020 season is about to kick off with a quarterback controversy, and a global pandemic nearly halting their run at a 6th straight championship.

Art critic and broadcaster Alastair Sooke sets out to show the art of the Romans for what it really is – both the best insight into the Roman world and an important grounding for western art.

Attack of The Murder Hornets