Watch to watch this Women’s Month

This August DStv celebrates everything that women can be and become 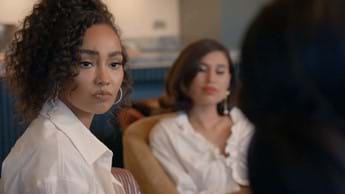 August is Women’s Month on DStv. We’re highlighting everything that a woman can be, and her right to choose her own path. On DStv, there’s no such thing as just one role for women – they are the ones whose choices drive the story.

Our series and documentaries explore the complexity of women’s roles, because the more facets you show of a woman, the more she dazzles. We always want you to be able to watch your screen and find a woman who makes you say, “I am her!”

She is a Survivor

When women challenge gender, racial and social roles, the world pushes back. We might not let that stop us, but we pay a steep price for resistance.

This month, DStv will highlight women who strike back at the criticism directed at them in specials like Little Mix Star Leigh-Anne Pinnock’s documentary Leigh Anne: Race, Pop & Power.

She is an Inspiration

The Great British Bake Off S6 winner, Nadiya Hussain, shows the power of having people who believe in you until you believe in yourself!

One of the tightropes that women walk is trying to strike a balance between self-care and the expectation that she will take care of everyone else before herself.

In Treatment star Uzo Aduba shows the complexities of navigating grief, uncertainty and the pandemic while still caring for others through her therapist character, Dr. Brooke Taylor, in the reboot of this drama series.

She is Growth & Change

Strong women do not leap fully armoured from the forehead of a god. Most are just figuring it out… at all stages of life.

Whether she’s a high-flying corporate lawyer like Marcie (Vinessa Antoine) who goes to work at a legal aid clinic to fight for real justice in Diggstown on Universal (DStv channel 117), or a disgraced alcoholic lawyer like Abby (Jewel Staite) who’s trying to start over in a new firm with a new family in Family Law – a new legal drama coming to Universal (DStv channel 117) – or a lawyer like Diane Lockhart (Christine Baranski) who’s trying to stay on her feet as the whole world shifts around her in The Good Fight on M-Net (DStv channel 101)… a woman’s growth and change is a story worth telling.

She is The Light

We’ve seen her rise and followed her journey. South African chef Siba Mtongana has gone from showing us how to cook at home, to mentoring the next generation. Now the prize for the new reality series House of Chefs is going to be an internship with Siba herself.

She is her sister’s keeper

This month, we’ll even see the women of the backbiting, power hungry Price family come together to save Felicity Price from her scheming husband James’s manipulation in M-Net’s (DStv channel 101) telenovela Legacy!

DStv offers an online streaming service for all DStv subscribers. Watch the channels you watch on your decoder at home, but on the Internet! Sign up at now.dstv.com on your laptop and start watching today.