See the best new international shows on DStv this week. 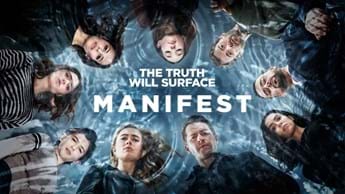 1, 2, 3 extraordinary international shows on their way to DStv this week.

Do you feel a “calling”? Sci-fi series Manifest S3 is here! With a deadly new vision suddenly appearing, Ben becomes obsessed with convincing doubting passengers to pay attention to their premonitions so they can survive as a group.

And the biggest name in wrestling and Hollywood, Dwayne “The Rock” Johnson, takes us inside his life in the comedy series Young Rock S1, which explores his youth in Hawaii and the continental US.

Fantasy, mystery and comedy this week on DStv

Passengers onboard Flight 828 find out upon landing that they’ve been missing for 5 years, and some experience visions warning them about future events. In S3, Michaela and Zeke get new visions of the destruction of Flight 828.

A motley crew of cross-species guardsmen led by the grumpy Sam Vimes rise out of apathy to restore law and order to their city. But an old enemy of Vimes’s, Carcer Dun, leads them on a twisted chase.

In this comedy series, the year is 2032 and as Dwayne “The Rock” Johnson is running to be US President, he looks back over his childhood years growing up in Hawaii in a family of wrestling icons.