DStv is the only true home of football in Africa, offering a range and depth of action that no other rival can match – it’s literally ‘Unbeatable Football’! If you’re going to spend your money on something, it may as well be on the best football in the world. 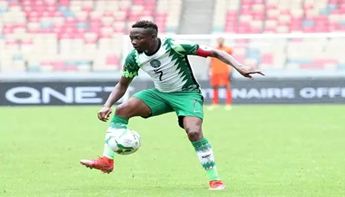 SuperSport viewers on DStv can look forward to action from the Total Energies Africa Cup of Nations 2021 in Cameroon, where the pick of matches in the first round of the Group Stage sees Nigeria face Egypt at the Roumde Adjia Stadium in Garoua on the evening of Tuesday 11 January 2022.

DStv is the only true home of football in Africa, offering a range and depth of action that no other rival can match – it’s literally ‘Unbeatable Football’! If you’re going to spend your money on something, it may as well be on the best football in the world.

This heavyweight battle at the Total Energies Africa Cup of Nations 2021 could be key in deciding the outcome of Group D, with both the Super Eagles and the Pharaohs having ambitions of topping the table to earn a theoretically ‘weaker’ opponent in the Round of 16.

“We have to face reality, nobody cares to hear excuses," said Nigeria interim coach Augustine Eguavoen. "We have to tell the players where we are now and where we want to be at the end of AFCON.”

His Egypt counterpart Carlos Queiroz stated, “I am still happy with what the players have achieved and we hope for the best in the near future, especially as we have great challenges ahead in the AFCON and the World Cup qualifiers in March.”

Ahmed Musa – The Nigeria captain will have a key role to play, both for his experience and his attacking potency, especially as the Super Eagles will be without the likes of Victor Osimhen and Emmanuel Dennis.

Mohamed Salah – The Liverpool forward will shoulder the weight of Egypt’s attacking burden, but he has enjoyed a brilliant season in 2021-22 and will be eager to carry that momentum into the AFCON.

In head-to-head stats, Nigeria and Egypt have met in 18 matches across all competitions since 1960, with the Super Eagles claiming eight wins compared to five for the Pharaohs, while five games have been drawn.

The teams last met in an international friendly in March 2019 in Asaba, with Nigeria claiming a 1-0 home win thanks to an early goal from Paul Onuachu.

Augustine Eguavoen v Carlos Queiroz – There two managers are under pressure to produce both entertaining performances and claim emphatic results, but both will err on the side of caution for this Group Stage opener.

Wilfred Ndidi v Mohamed Elneny – Two tough, energetic and classy midfielders, Ndidi and Elneny will both hope to dominate the ‘engine room’ and lay the platform for their respective team’s success.

Odion Ighalo v Ahmed Hegazi – The battle of these two veterans could be key in deciding this clash, with Ighalo’s role now absolutely key in the absence of other Nigerian number nines, though Hegazi will feel no sympathy.

No rival can compete with SuperSport’s coverage. Our viewers on DStv enjoy an unrivalled selection of football from around the world!

Don’t miss the New Football Season on SuperSport on DStv. And while you’re on the move, you can stream matches on the DStv App.

Super viewing on SuperSport for everyone

News 19 October 2020
Super viewing on SuperSport for everyone

From Premium to Access, everyone is getting full SuperSport access in late October with the DStv app.