Watch The Marksman, High Road To China, and Pursuit of A Killer this week at the movies on DStv 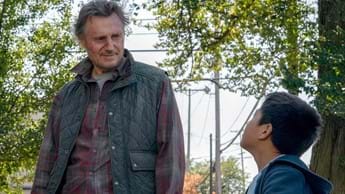 Kick off your shoes, grab the popcorn and get ready to be blown away by awesome action movies coming to DStv this week.

Hollywood’s action movie king, actor Liam Neeson, does what he does best in the blockbuster The Marksman on M-Net (DStv channel 101) when he helps a Mexican mother and her son who’re on the run from a ruthless cartel.

And KIX (DStv channel 114) has action movies coming your way, too, with the classic High Road To China starring the man with a killer moustache, Tom Selleck, as well as Pursuit of A Killer in which ruthless Fei seeks his family’s fortune and will kill his dad and sister to get it.

Rancher Jim Hanson (Liam Neeson) shelters a Mexican mother and her son who’re on the run from a cartel, but when Border Patrol prepares to deport the boy following Jim’s shootout with the cartel, Jim sneaks him away to take him to his family in Chicago.

Pursuit of A Killer

Fei hates his father and to inherit his fortune, Fei hires a killer to kill the old man. When he finds out that his sister is the heiress to the fortune, Fei wants to kill her too… Starring Chin Siu-Ho, Ben Ng, Charlie Cho and Lily Chung Sukwai.