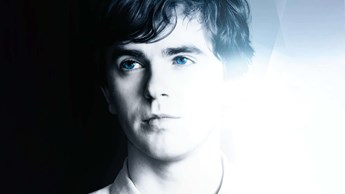 Freddie Highmore’s character, Dr Shaun Murphy, is doing a lot more than just operating on patients and setting broken bones in S4 of medical drama The Good Doctor. He’s growing as a man, discovering that his social awkwardness can be a tool rather than a hindrance as in the first 3 seasons.

“The appeal of Shaun and the show has always been, at least from my character's point of view, optimism and hopefulness. His positive outlook on the world… there have certainly been a lot of downs along with the ups. Having someone like Shaun, with his relentless desire to see the good in people and not to judge people and not to draw conclusions without getting to know someone first, that's always been an attractive quality of the show,” says Freddie, who also serves as the show’s executive producer.

Watch now on Catch Up Set a Reminder

The doctor will see you

What’s in store for Shaun this season?

Shaun’s underdog quality is appealing. He is going through a lot of change later this season and into S5. There will be shake-ups and he’s going to have to fight for himself again. He will be getting relatively comfortable this season with how people know him.

Are you still researching character and personality traits of people with autism or do you know what you need to for your portrayal?

It's a continual process of learning and researching this. We have a consultant that has been ongoing with the show from the pilot who's still with us today, who's retooled the script and is always there to offer inputs and suggestions. And that's something that we're continually engaging with, and it's a process that I'm continuing to research and to learn about.

And I think we have always been aware at the same time that we can never represent everyone who is on the spectrum and we're telling Shaun's individual story. And so, of course, there's a certain amount of Shaun that is already there and that can then be changed. And as long as Shaun continues to evolve, which of course he is, there's going to be a necessity really to engage with autism in a way that it is active rather than just resting on our laurels.

Yes, I think so, certainly some of the medical terms and jargon roll off my tongue a little bit more easily. Having said so many different ones over the years, it's definitely sparked a sort of wider general interest. So, I think I'd actually say the biggest change has been in the last two years on the show with everything that's been going on in the world and the pandemic. And just I think that's given everyone, but perhaps especially us working on the medical drama, a deeper understanding and appreciation for what real life medical professionals do on a daily basis, putting their lives at risk in order to keep all of us as safe as possible.

In S4, it’s necessary to pay tribute to people with episodes about the pandemic. Just because it really, for all of us, put into perspective the fact that we're just pretending to do those things and pretending to be doctors, rather than assuming any of the very real risks that that everyone else does so. That has been the biggest change for me over the course of the show is that the last, the last couple of years and everything that happened.

How do you manage executive producing and starring in the show?

I really enjoy being a part of the of the wider process, and it felt like a natural progression for me. Being involved on Bates Motel over multiple seasons and now I'm on this show for multiple years as well. But I just found myself wanting to contribute beyond just acting. It’s just being a part of those bigger, wider conversations about each episode, about the cuts, how every episode is coming out down to that kind of small little bits in terms of Shaun and his progression. And I really enjoy, you know, seeing and being able to contribute to all of that beyond just acting.

I think he should continue to evolve a genuine, truthful way that feels real. And I feel like so far, the writers have accomplished that. One of the stereotypes or misconceptions about autism is that people who have autism aren't able to change in some way or conscious or can't grow and learn as people. And of course, that's completely untrue. So, I'm really proud of the way that Shaun from season 1 is very different to the Shaun who’s running around the hospital now. That feels genuine and right to explore that progression and that maturing. And hopefully we'll continue to do that as he faces new challenges.

M-Net is available on DStv Premium. To upgrade your existing package, click here. Or if you'd like to Get DStv, find a service that suits your needs here.