Framed By The Killer, Dark Tales With Don Wildman, The Good Cop & more factual highlights this week on DStv 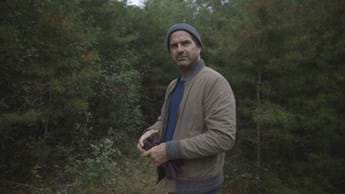 It’s quite a week for factual content lovers, with true-crime series, documentaries that take a dive into history, and a bark a day for dog lovers, all on DStv this week.

Ice T’s new series, Framed By The Killer, shows what it’s like to be accused of a crime you didn’t commit, and CBS Justice (DStv channel 170) is treating viewers to two brand-new true-crime series, Accident, Suicide or Murder and The Good Cop and a new season of Evidence of Evil.

And you can explore some mysteries from history with Dark Tales With Don Wildman, The Secrets of The Mona Lisa and a brand-new season of Secrets of The Third Reich.

Framed By The Killer S1

This riveting series takes viewers through the stunning twists and turns of real-life cases involving suspicious deaths. At the heart of each case is a pressing question: Was the victim’s demise the result of an accident, suicide, or possibly murder?

Ron Iddles is “'The Good Cop”, the best homicide detective Australia has ever seen. In this true-crime series, each episode will take us behind the scenes of 1 of Ron's most challenging murder cases as he explains how he built his case and used ethical interviewing techniques to get those all-important confessions.

S3 of this original true-crime series explores and reconstructs some of the most intriguing and startling criminal cases of the past 2 decades, where technology changed the course of the investigations and brought the guilty to justice. This season’s cases include the murders of Kristen Swanson, Belen Perez and Rosa Morales.

The mysteries of history

In each episode, Don (host of Mysteries At The Museum) introduces us to three stories of the unpleasant or paranormal from around the world, including the tale of a Southern California man who was meant to bring water to a desert city but left a valley flooded with corpses.

The Secret of The Mona Lisa

Leonardo da Vinci’s Mona Lisa is one of the most famous paintings in the world. Her real name according to art history is “La Gioconda”. In this documentary special, we find out more about the painting and its origins, and explore its mystique.

Secrets of The Third Reich S2

In April 1945, 2 armoured trains allegedly left Berlin carrying billions in assets belonging to the Reichsbank, along with a convoy of armoured trucks carrying tons of gold. Today they’re the topic of a treasure hunt.

Watch from Tuesday, 7 September on Curiosity Channel (DStv channel 185) at 16:00