The truth about Peter Nygård & racing driver Niki Lauda, this week on DStv 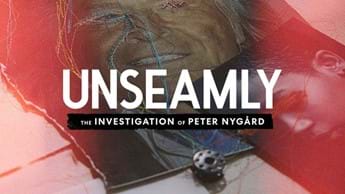 Get the facts when you get DStv’s top-notch documentaries.

And on the brighter side, racing driver and Formula 1 legend Niki Lauda gets frank about his epic rivalry with fellow driver James Hunt in the Curiosity Channel (DStv channel 185) doccie Legends of Speed.

Let your curiosity take over!

The hidden lives of…

Unseamly: The Investigation of Peter Nygård

In 2020, fashion executive Peter Nygård was arrested on multiple charges of sex trafficking, child sex trafficking, rape, and conspiracy to murder. Now his alleged victims and former employees are speaking out.

Every sport has its rivalries. In this 3-episode series, Formula 1 racing legends like driver Niki Lauda talk about their love for the sport and the competition. And Niki takes us inside his epic 6-year battle with British driver James Hunt