Get into action with Bent, Legendary Amazons, and Fast & Furious 6 on DStv 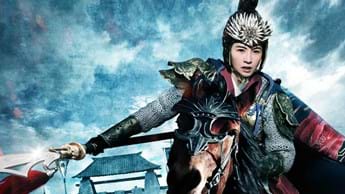 DStv has your international action attraction movies this week.

Sofia Vergara and Karl Urban bring chemistry to cop revenge quest movie Bent, the kings of the British underworld take the spotlight in Once Upon A Time In London, the widows of fallen warriors take up arms in Legendary Amazons, a one-night stand with a woman’s neighbour turns sour when he starts messing with her life online in the Bollywood film Hacked, while Fast & Furious 6 pits mercenaries against our fast car crew.

And if you’re looking to give your heart a different sort of workout, try Stage Mother, or embrace the Bollywood romance when a vlogger sets out to expose a fraudulent tourism company in Pal Pal Dil Ke Paas.

Once Upon A Time In London

This British crime drama film is based on real-life cons Billy Hill and Jack Corner, who controlled London’s underworld from the 1920s to 1960s and mentored the Kray Twins.

When the Song Dynasty is in crisis, Yang Zong Bao's wife Mu Gui Ying steps up to lead other widows of the Yang family into battle and continue their husbands' legacy. With Richie Jen, Cecilia Cheung, and Cheng Pei Pei.

Sameera’s boyfriend disappoints her on her birthday, and she ends up jumping into bed with her neighbour Vivek. But when she rebuffs his love, Vivek hacks into her digital life and makes her regret her decision to ever sleep with him.

The car chases get faster, and the action gets more furious when Vin Diesel, Paul Walker and the crew return for more high-octane viewing. This time the crew take on a team of mercenaries.

Some kind of love

Saher, a video blogger, embarks on a solo trip to expose Karan, owner of a tourism company she believes is a fraud. They both start off on a bitter note but gradually fall in love.

Get the DStv app, a free service for DStv subscribers. With the DStv app, the same channels you watch on your decoder at home are available for you to stream online at https://now.dstv.com/, or using the DStv app on your phone.